Wanna make your next party a ton of fun for everyone involved? Ask your guests if breakfast is an acceptable option for dinner and see what happens. Some people will say "absolutely," and some people will vehemently oppose the idea, saying that breakfast is off-limits after noon.

In much the same way, there's plenty of debate when it comes to trim packages of pickups available. But none is more polarizing than the one and only Ford F-150 King Ranch. In today's piece, we're cinching up the saddles, riding off into the sunset as Toby Keith plays in the background, and finding out the question on a lot of peoples' minds: Is a King Ranch really worth it? 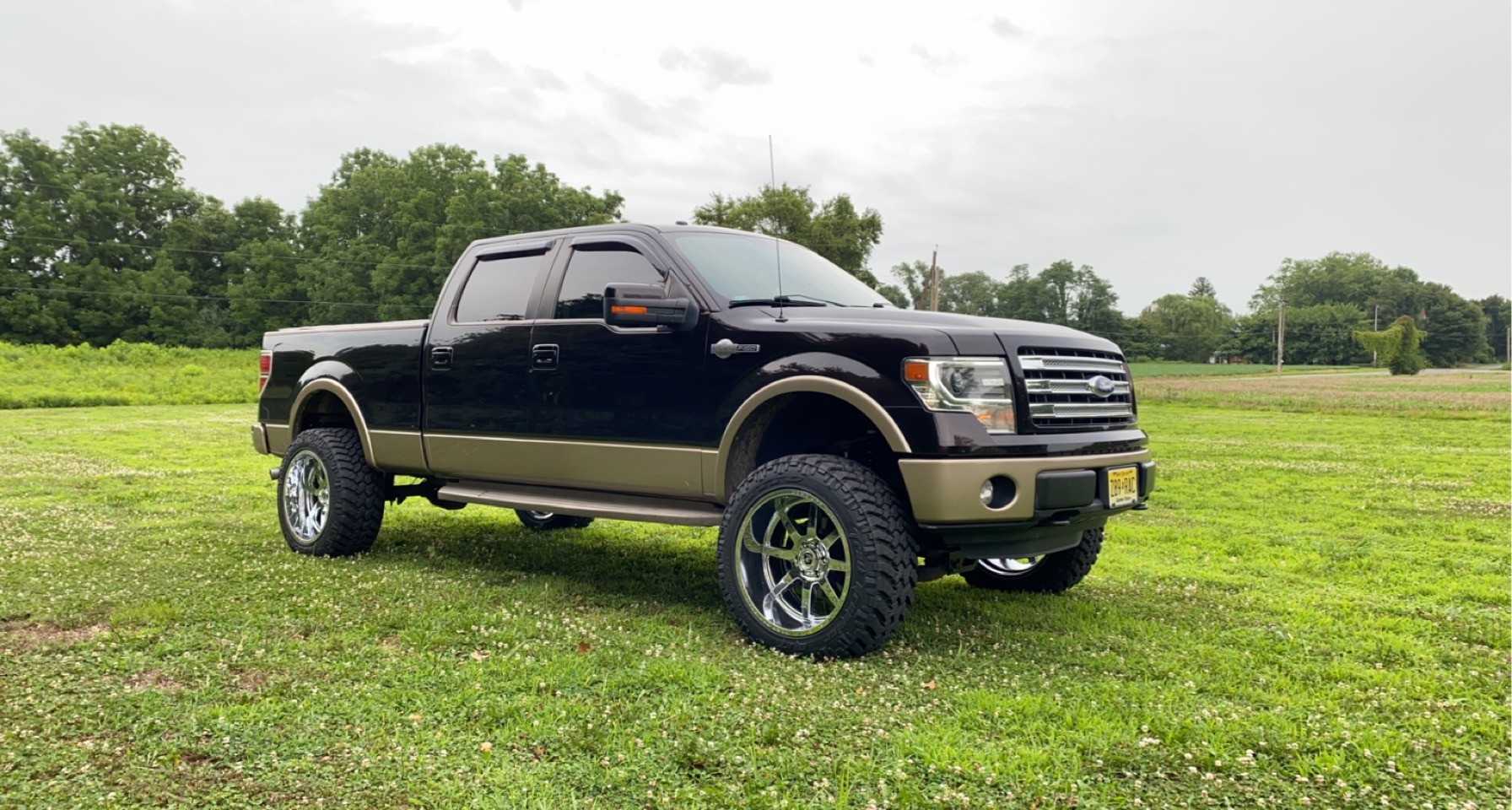 The story of the King Ranch starts in 1830s New York with one Mr. Richard King, who would later become a captain, but hasn't yet because he's eleven at the time. He's a young guy, and he's working as an indentured servant (AKA a legal slave) to a jeweler. The story goes that the jeweler is not the nicest guy - he's shrewd, difficult to work with, kind of a jerk. So young Richard does what any 11-year old indentured servant of the 1830s would do when he's finally fed up with the garbage this guy is putting him through: He bolts.

Richard left New York City by stowing away on the hull of a ship headed south off the Manhattan Harbor, and along the way he worked on various steam boats. As the years passed, he quickly rose the ranks and eventually became the captain of his very own steam boat, running goods and people along the South Lower Rio Grande.

More Ford Info: Is The Ford Raptor Worth It To Buy? 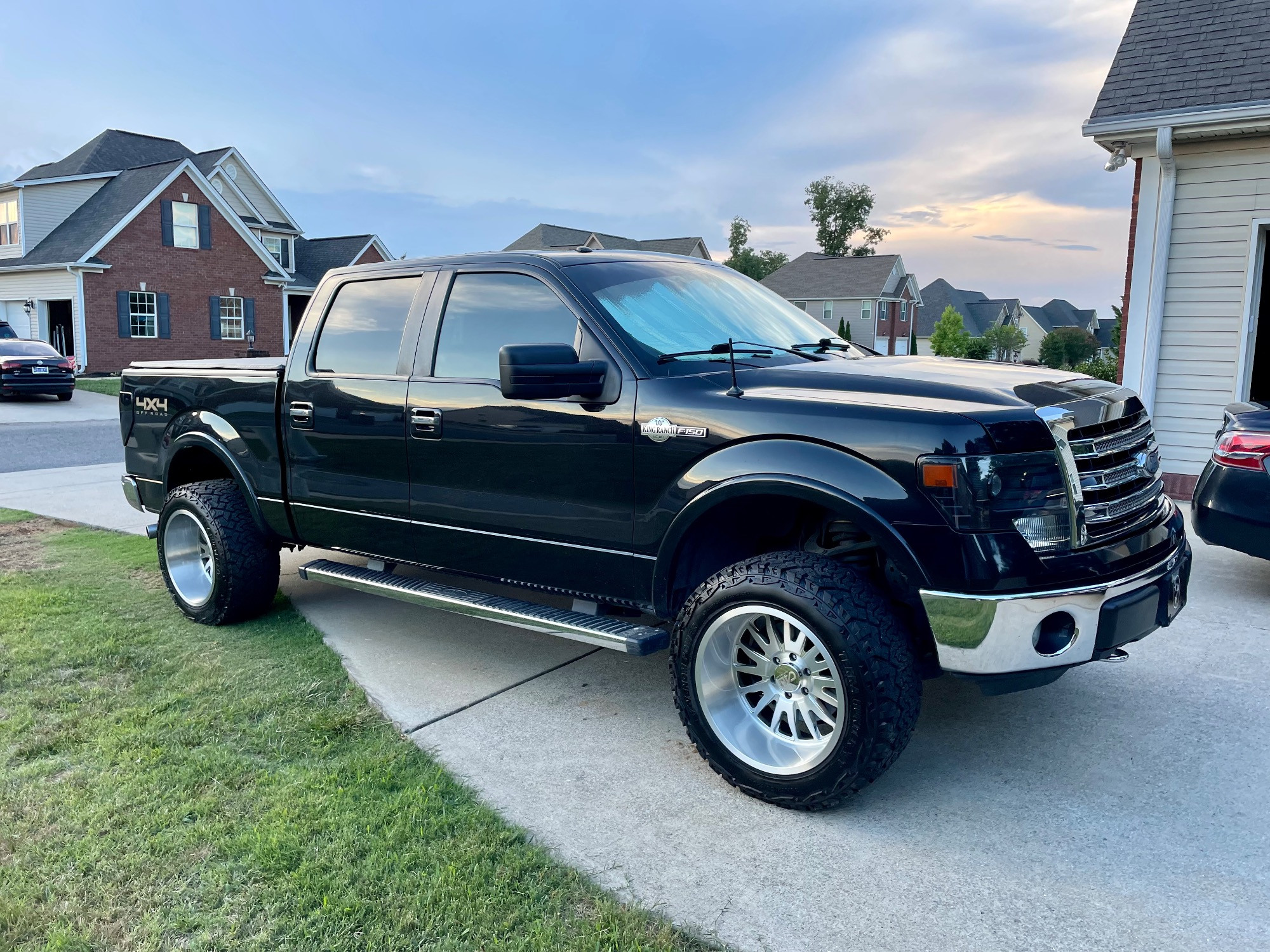 How Did The Ford King Ranch Trim Start?

Sometime around 1850, Captain King set up a trip to Corpus Christi, Texas, a few hundred miles north to the Lone Star Fair, and through a region called the Wild Horse Desert, where he absolutely fell in love with an area surrounding a creek that was full of wildlife. Him and his business partner at the time decided they wanted to buy the land - all 15,500 acres of it. And thus, the King Ranch was born.

By the end of the Civil War, the King Ranch had grown to 146,000 acres and was growing every year - the challenge at the time was getting the Longhorn cattle from the ranch to the market, and that required driving these cattle over thousands of miles to the Midwestern railway. That way, you could load them into cars and sell them at market. To differentiate Captain King's registered cattle, he branded them with a brand that will last forever in the history of trucks: the iconic Running W.

By the late 1990s, the King Ranch had grown to well over 800,000 acres - well over 1,300 square miles - and because of that, the King Ranch had pickup trucks. A lot of them. So many of them that they had to begin looking for an industry partner to help them source some 260 trucks for the ranch. Thus, the Ford King Ranch partnership started in 1999, and now our discussion of the King Ranch pickup trim begins. Take a breath if you need it.

Read More: Is The Ford Bronco Worth It To Buy? 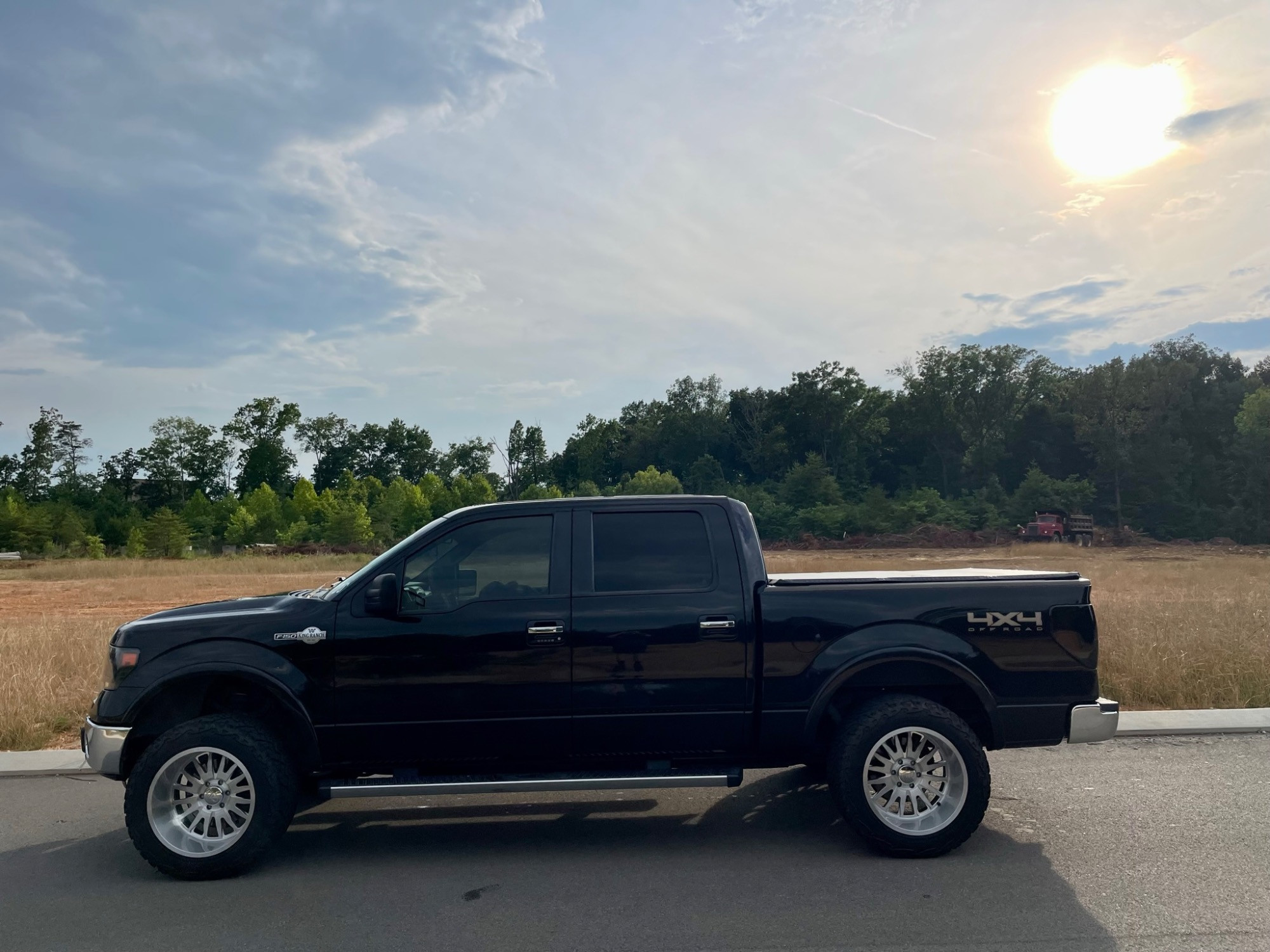 By 2001, Ford successfully produced the first King Ranch truck, a 2001 F-150 SuperCrew. This would be the most high-end truck that Ford had ever made, and it was also the first crew cab truck with a GVWR of under 8,500 pounds - before this, you could only get a crew cab in the ¾ and 1-ton versions of most of the trucks. Over the next few years, Ford would expand the King Ranch designations to not only their heavy-duty line of trucks, but also into the SUV market with the Expedition and some more.

The King Ranch is, by design, an embodiment of Texas, just like sweet tea and lemonade - it just goes together. The leather seats are dark brown, typically made from a less-manufactured grade of leather, and ultimately, they're the type of leather that would wear in age, getting darker in coloring in high-stress areas like the sides of the bolsters and the back of the seat. The dash typically features some combination of woodgrain and tan, and overall this trim package as just as equipped as a Platinum F-150, with all the feel of a real working ranch truck.

If it's a new truck you're after, Ford released details on their new King Ranch interiors, and they look good. Really good. Though, we're a little sad that they traded out the whole saddle leather thing for more of a Nappa leather appearing material - it's a bit more refined, and more than likely is designed to attract more high-end clientele.

Why Would You Want To Buy A Ford King Ranch?

So why on earth would you want a King Ranch some 21 years after the very first King Ranch truck was ever introduced? For us, it really comes down to styling. The King Ranch embodies the working man, with the leather seats, the branding, the saddlebag-like rear seat pockets, and overall the handcrafted leather feel of that interior. It all brings us back to a time where cattle and cowboys roamed the open prairie and evenings were spent around a campfire. One thing is for sure, though - the King Ranch is sure to raise a few reactions out of everybody you're having a conversation with.

Shop Wheels, Tires and Suspension for the Ford King Ranch at Custom Offsets

If you've got a King Ranch in your driveway and are looking to get it dressed up a little bit, no problem - we've got all the most badass wheels, tires and suspension to fit this cowpoke in our inventory right now. Check out the top aftermarket options for your King Ranch and snag yours today, or visit our fitment gallery to see how drivers have built their King Ranch trucks and get the build inspiration you need. 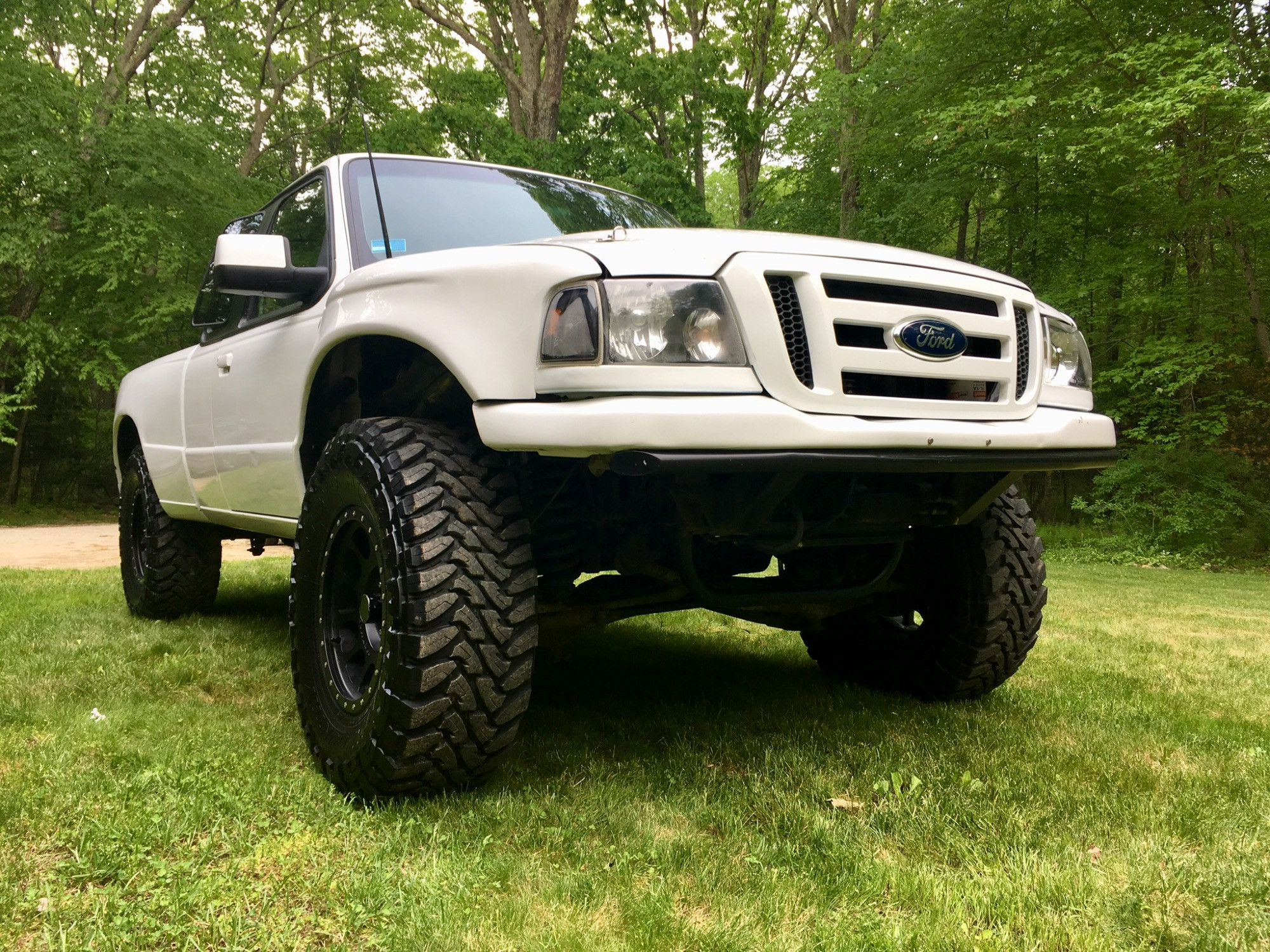 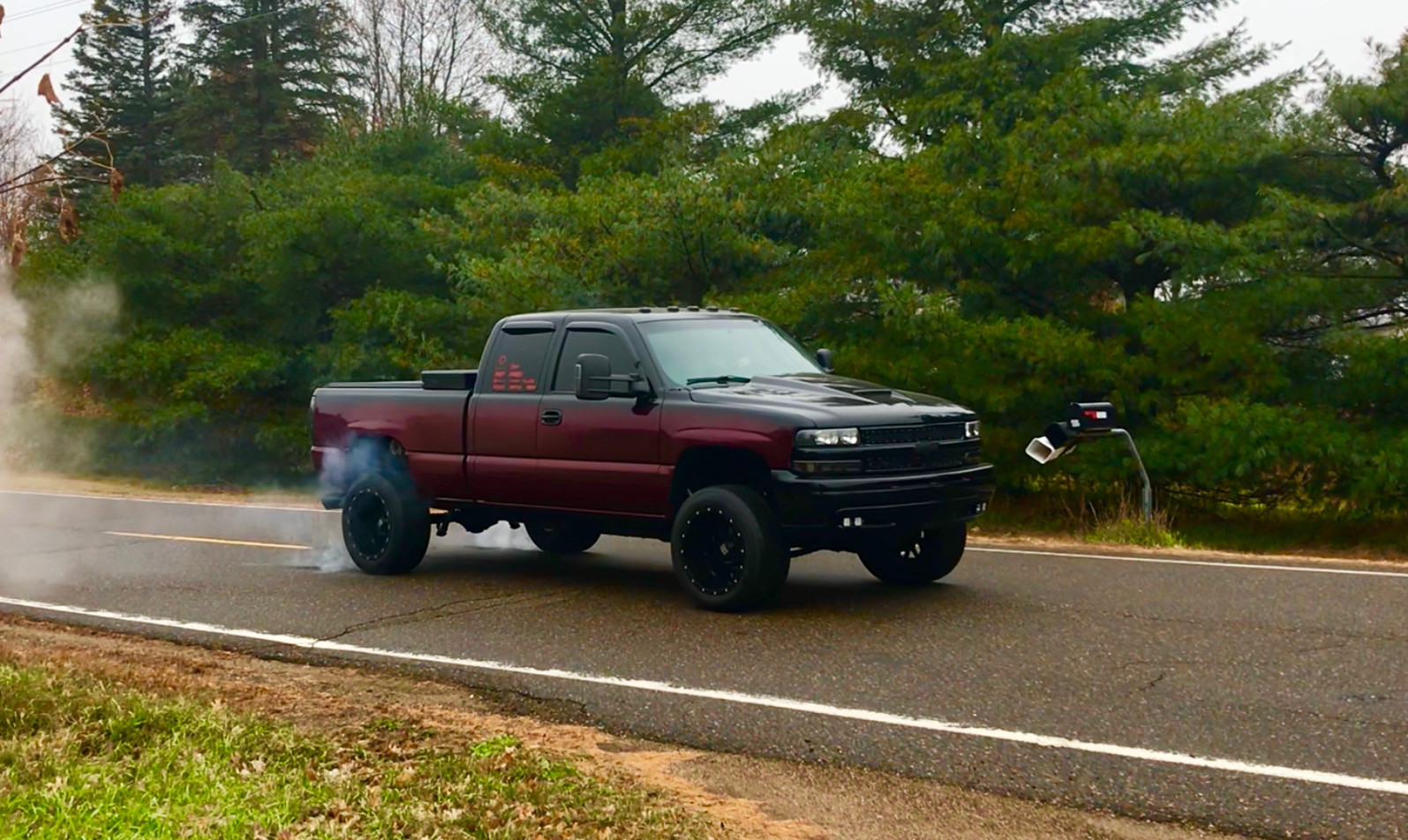 F150KING RANCHWORTH IT
Outdated browser detected Unfortunately we do not support Internet Explorer. We recommend that you use Google Chrome, Mozilla Firefox, or Microsoft Edge.