SEMA 2019 brings many things, but we were especially excited to see Hostile’s H119 DAGR up close and personal. Also unveiled from Hostile: new styles, finishes and sizes for 2020. And even some UTV wheels!

Fuller and Junior notice that the beauty of Hostile wheels being at SEMA is that proto-products are rolled out and buyers and exhibitors have a chance to give their input. Hostile listens and makes changes according to demand and preference. What that also means is that many of the products you see at SEMA may not be the actual final product. You may see something altered or even completely different in about three months’ time.

All of the new Hostile line features new caps. This year, Hostile eliminated the sticker design and replaced it with what can best be called a reverse emboss. That makes the logo stand out from the cap.

What everybody loves about Hostile remains, for the most part: no rivets around the lip and also exposed lugs.

Hostile Wheel Photos from our Gallery 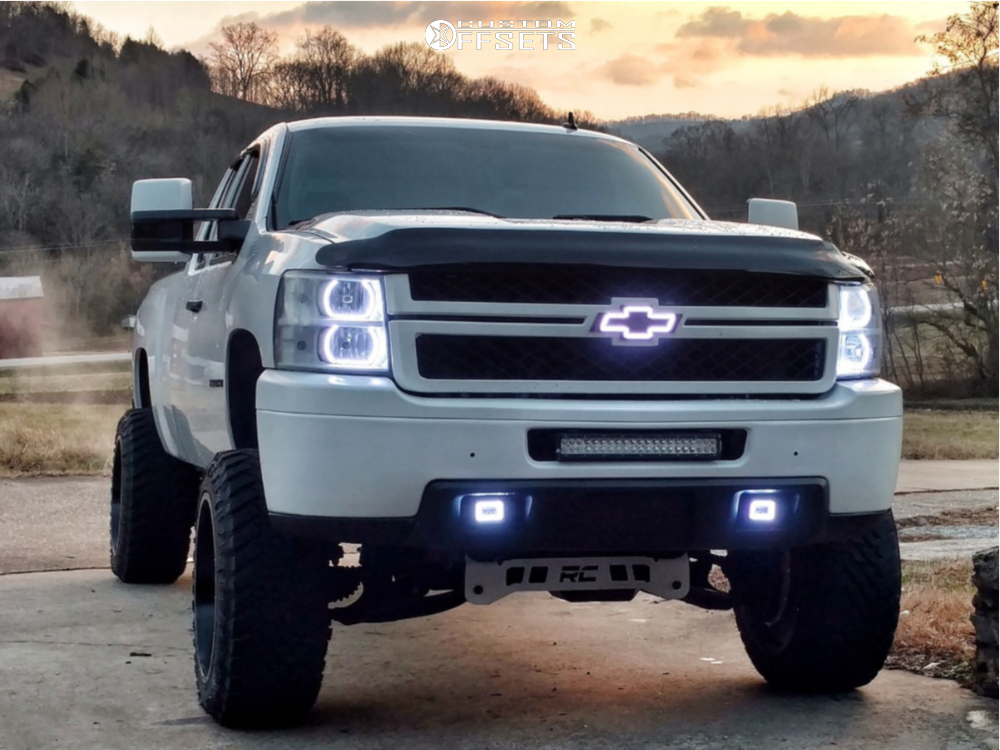 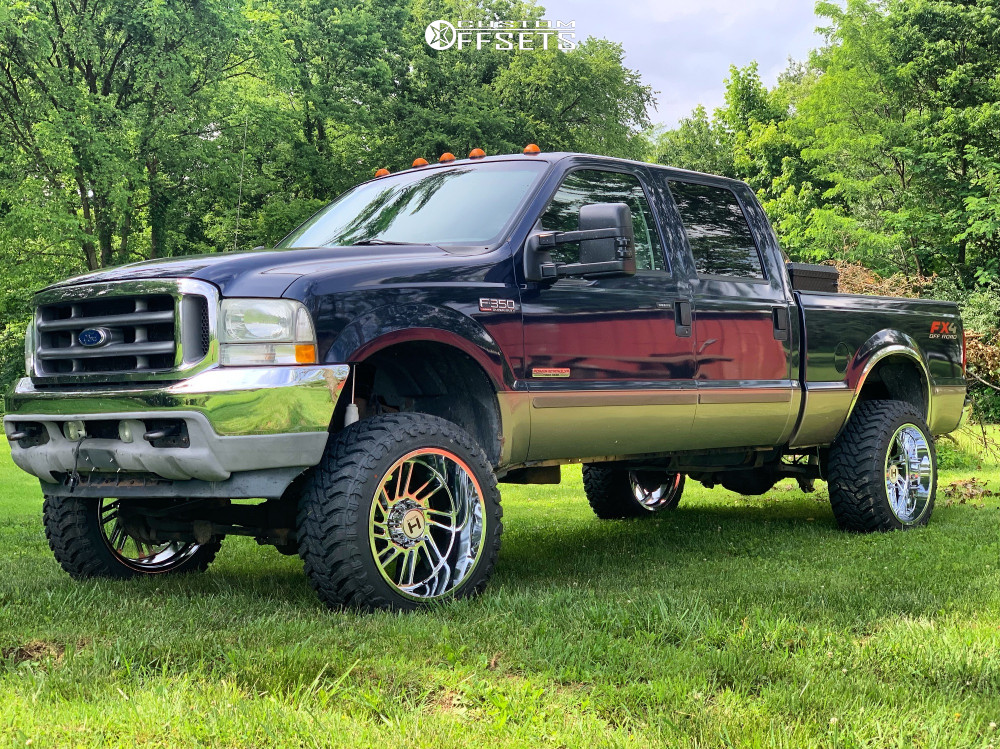 Here, we break down the Hostile offerings:

The Hostile Sprocket H108: probably the most popular Hostile wheel out there. Rumor has it that this is going to replace the regular Sprocket this year. The product looks and feels rather smooth, thanks to its clean milling. It’s also tapered in, which makes it look thinner. The Sprocket is offered in both black-painted milling and exposed milling.

The H119 DAGR: Junior’s personal favorite Hostile wheel this year. It is a true directional wheel, with no ridge between the spokes. The sizes go all the way up to 26x16 (it’s a new size they’re introducing, and it’s huge). These are true directionals, which mean that you actually get a left and a right.

The Omega: as far as style goes, it’s very similar to the Alpha, but the Omega has a flat base wheel rather than the intense concavity of the Alpha.

The Vulcan: this is Fuller’s favorite wheel. He really likes the all-black finish.

And now for the forged wheels:

The Tomahawk: a flat face and a lot of cool details. Hostile is offering billet caps with every forged wheel, and you don’t have to pay extra for that. Some companies charge maybe $600-$1,000 for billet aluminum caps. The Hostile forged line already comes with the billet caps, and they have a new logo on them this year.

The Jigsaw: you may think you have already seen this before, but you really haven’t. Three years ago, this was a forged wheel, and now they’re making it into a cast wheel. Success hopefully breeds success: it did so well as a forged wheel so they brought it into the cast market.

Jigsaw Photos from our Gallery 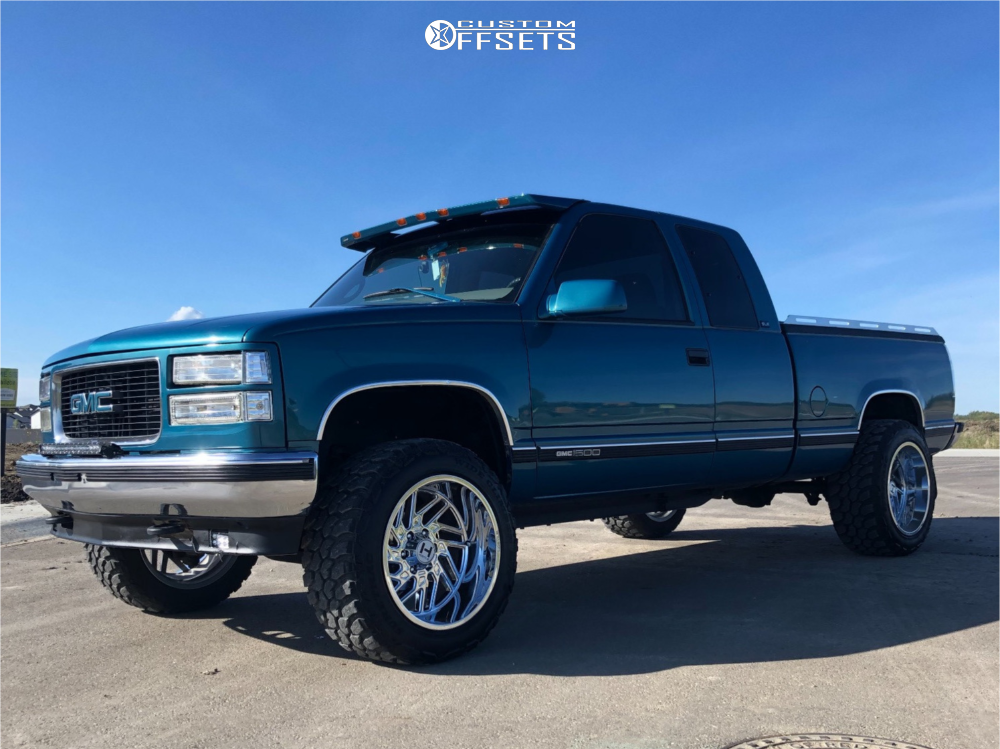 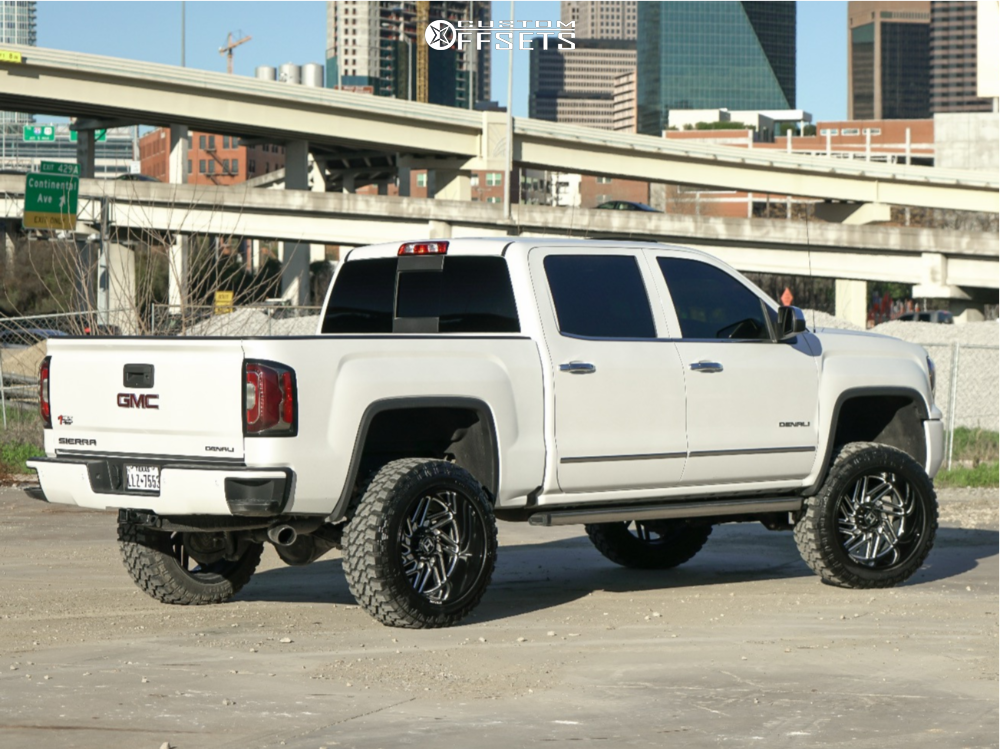 The Wheel with no name: still, its super cool, and may eventually be named The Savage. It’s here to gauge the market and see to what degree it excites. Fuller really likes it because of the extra-thin spokes. With forged wheels, you can pull off a super-thin look with the spokes and not compromise the structure and integrity of the wheel.

Junior’s SEMA prediction: a trend toward big wheels no longer going super aggressive. Why? Drivers don’t want three-fourths of their tire sticking out. They want that definitive luxury look with big wheel diameters, but not as wide.