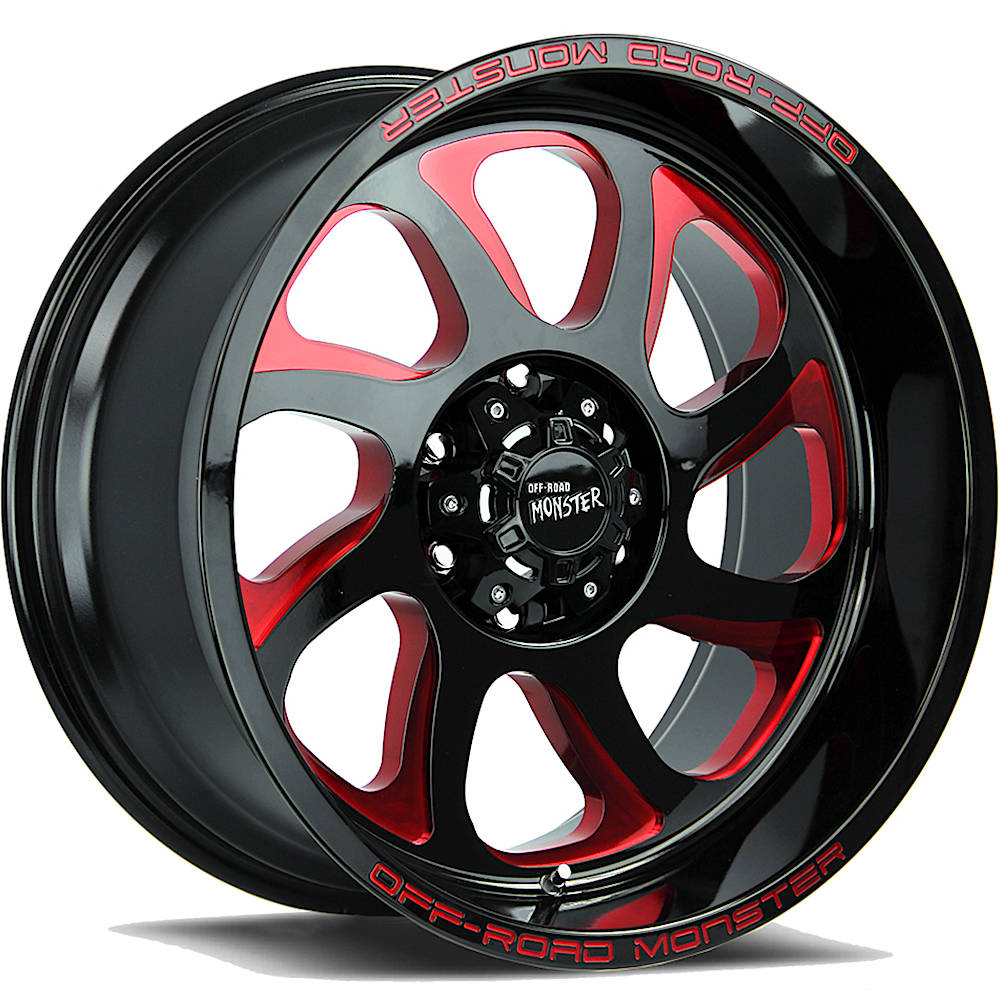 The Off Road Monster M22 is more of a simplistic design. It features a twisted 8 spoke design with milled edges. The cool part about this wheel however is that the milled edges are painted red. This is very unique and it really makes the spokes of the M22 pop. Along the lip, you will find Off Road Monster engraved in two spots which gives this wheel a little bit more of an aggressive look without compromising its simplicity. 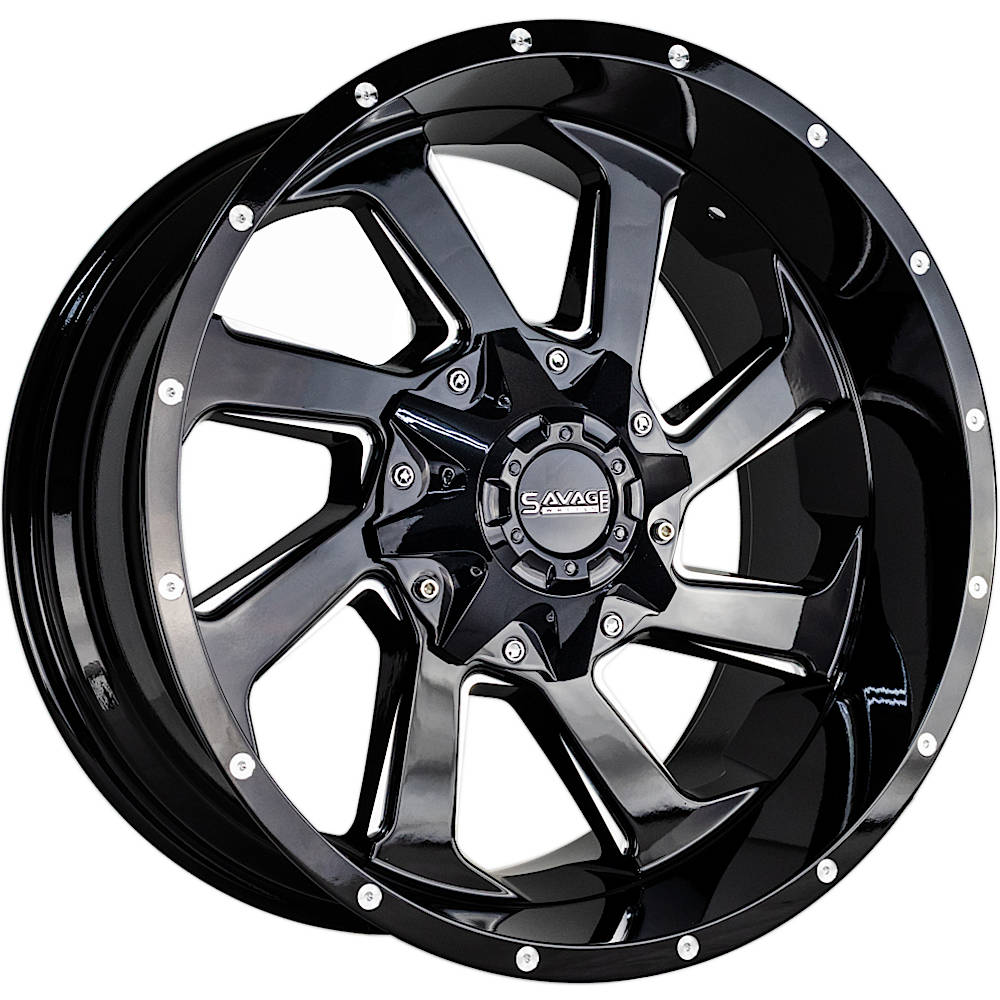 Another simple design, the Savage Offroad SA18 has an angled 8 spoke design that is super clean. This wheel also features a large lip to give your truck more of a show look. There's not much else to say about this design because it's just that simple. Simple in this case is definitely a good thing as these wheels are some of the most attention-grabbing in this price range. The SA18 is also available in a bunch of sizes so be sure to check them out to see if they have the size for you. 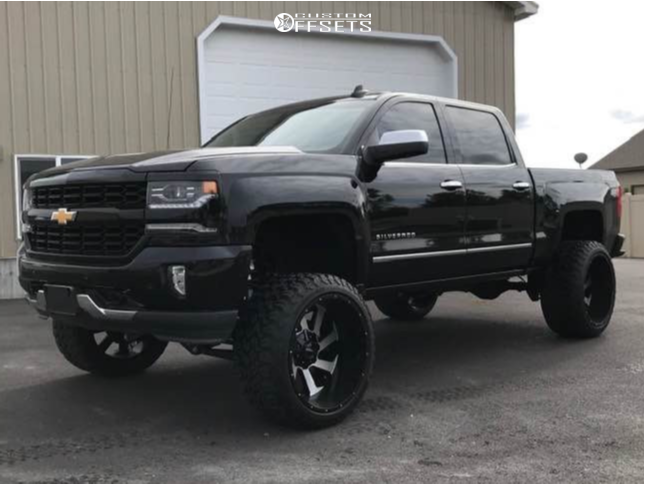 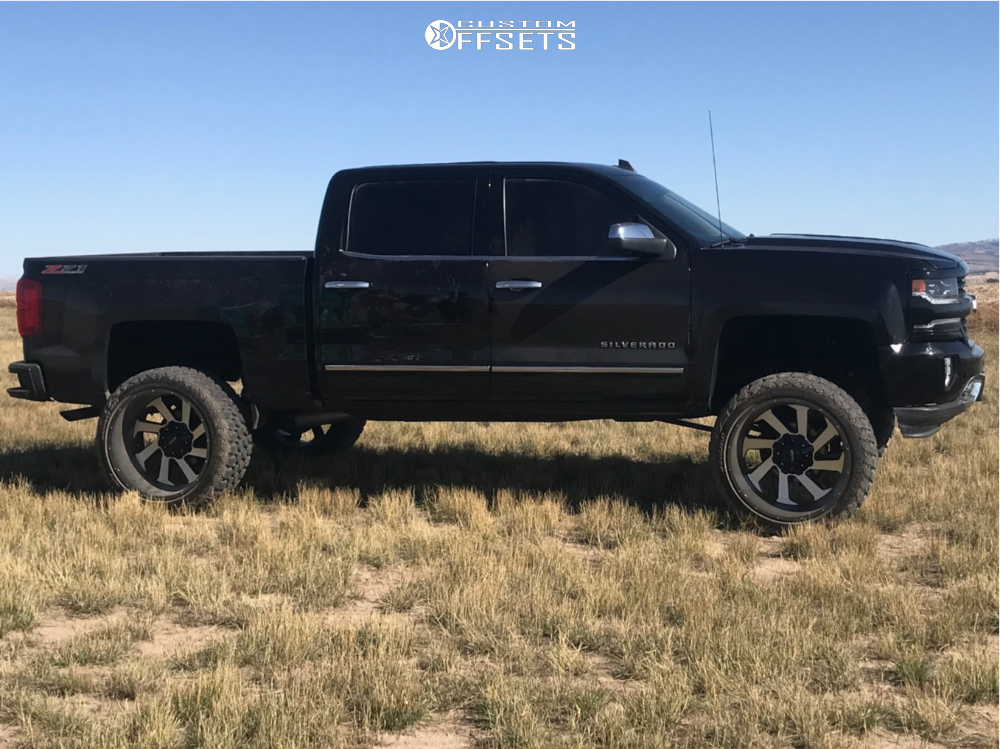 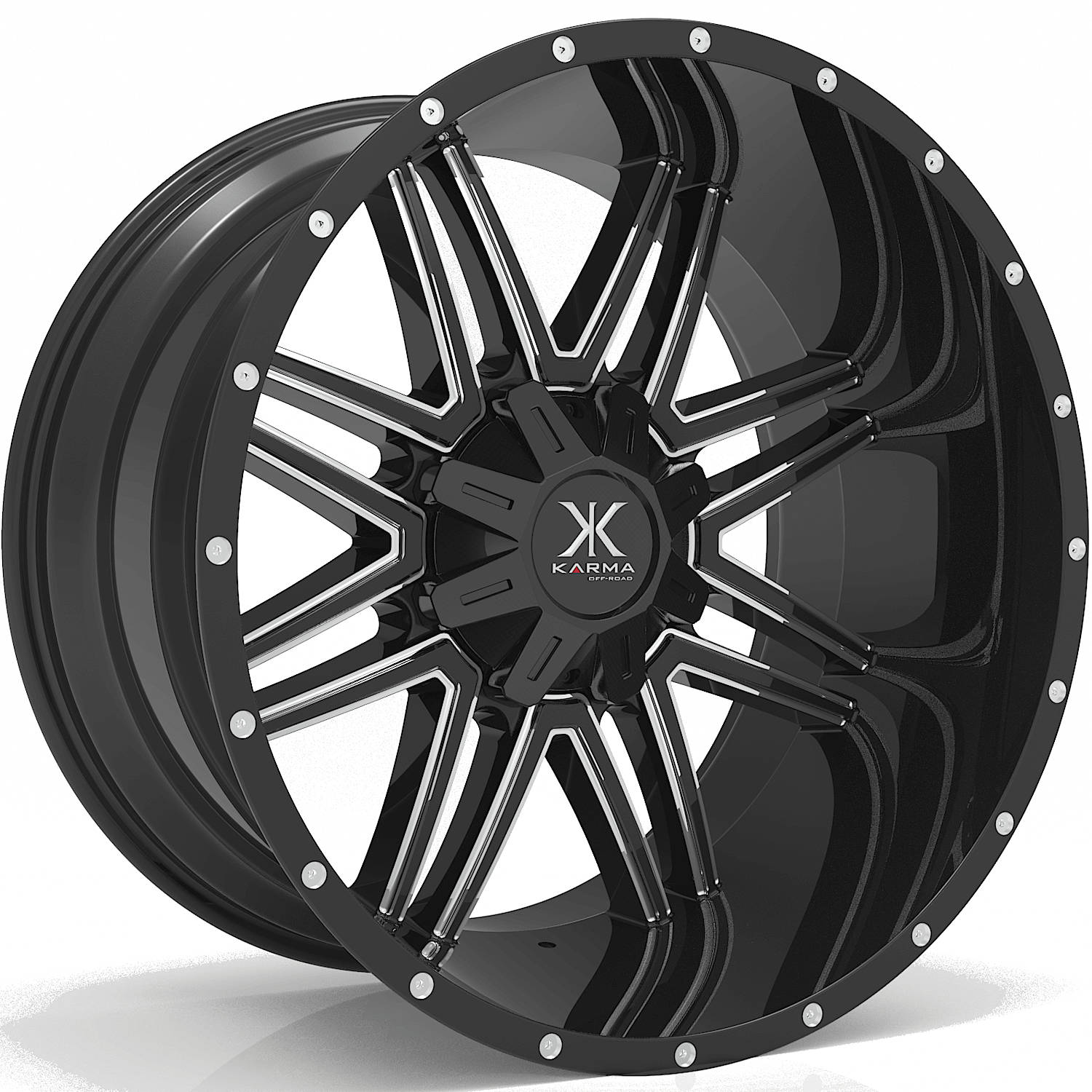 The Karma Offroad K21 is a split 8 spoke wheel and has what looks like an endless lip. By this, we mean that there is no ridge on the lip so it looks like it never ends behind the spokes. The K21 also has rivets along the outside which we know a lot of people like. Overall, this is a good, clean design that should be pretty versatile and look good on a lot of trucks. 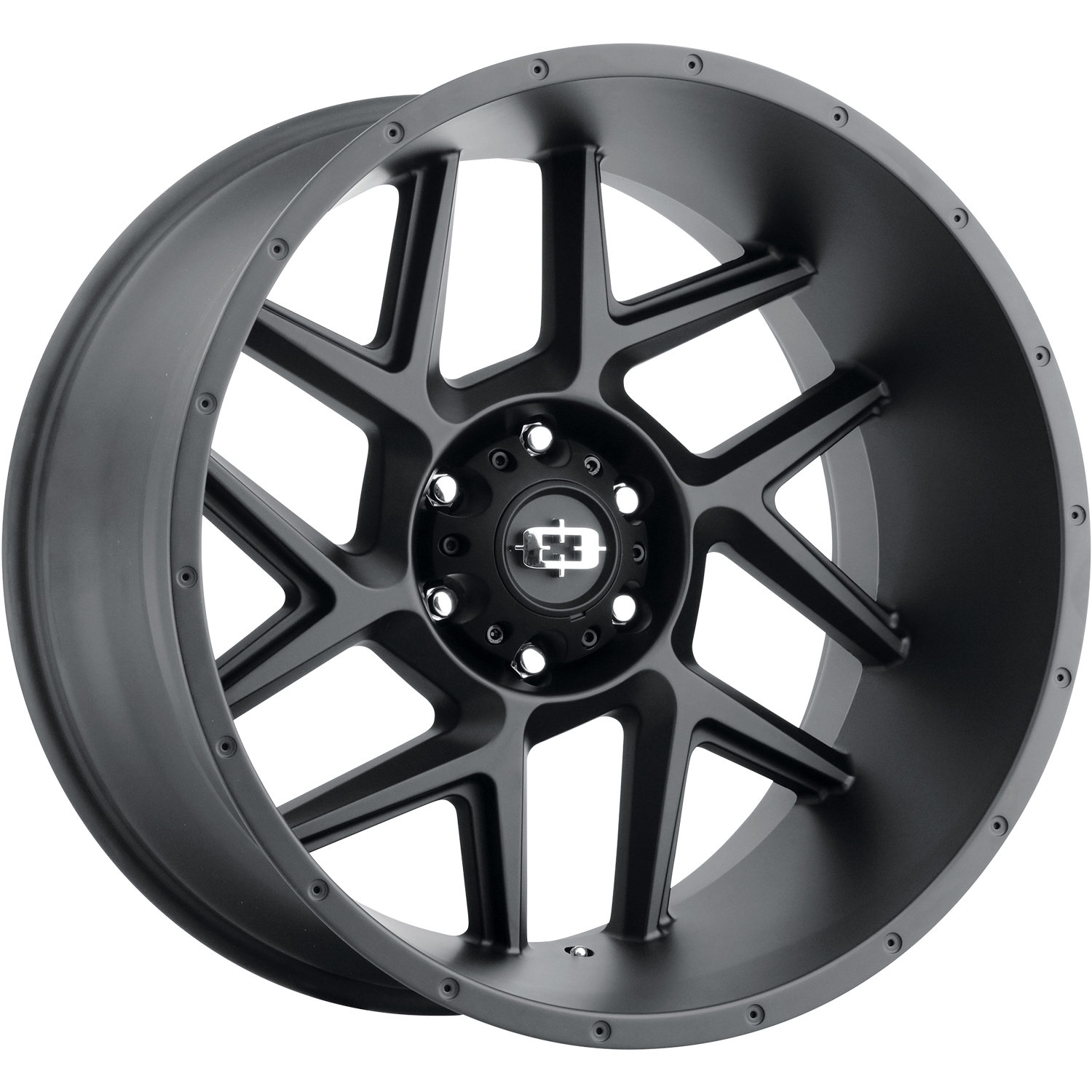 The Vision Sliver 360 was released at SEMA last year and has a pretty busy design that we absolutely love. This multi-spoke wheel has a unique design in that some of it's spokes connect to one another in almost a Y-shaped fashion. The Sliver 360 also features rivets and the endless lip that we talked about with the last wheel.

This is the cheapest wheel on our list coming in around $804 for a set. 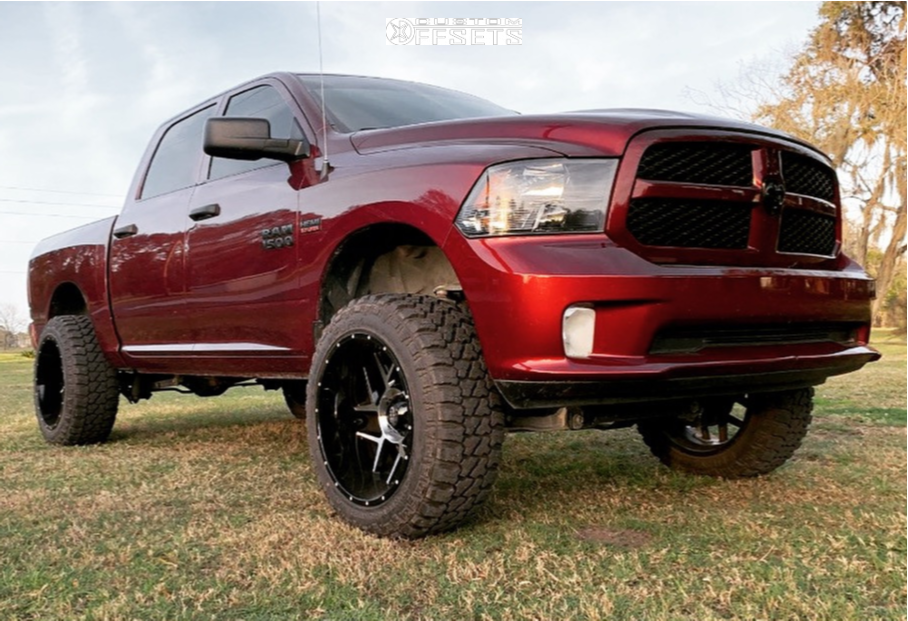 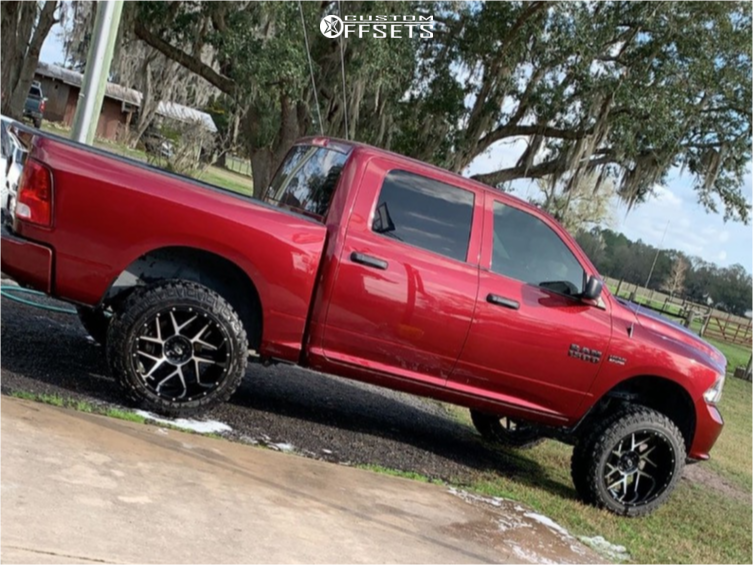 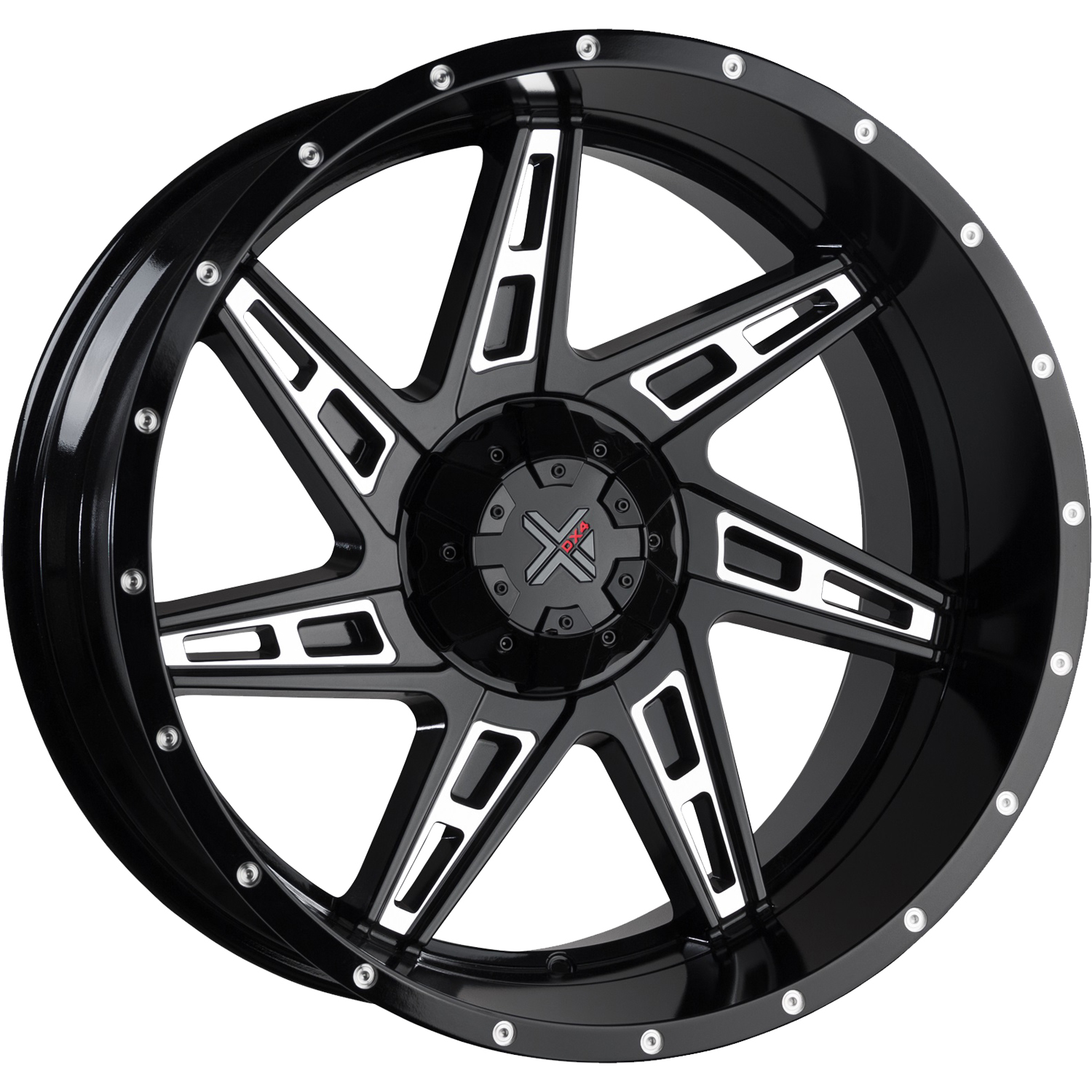 So the main thing we want to point out with the DX4 Skull is that it comes in an 11.5 wide configuration. This is an off move for a newer company but it may be smart. This way you can throw a 12 wide tire on this wheel and have a little bit of protection. Design-wise, the DX4 Skull is a seven-spoke wheel with the spokes having an almost directional curve to them. There are cut-outs at the end of each spoke with an indentation on each toward the center. 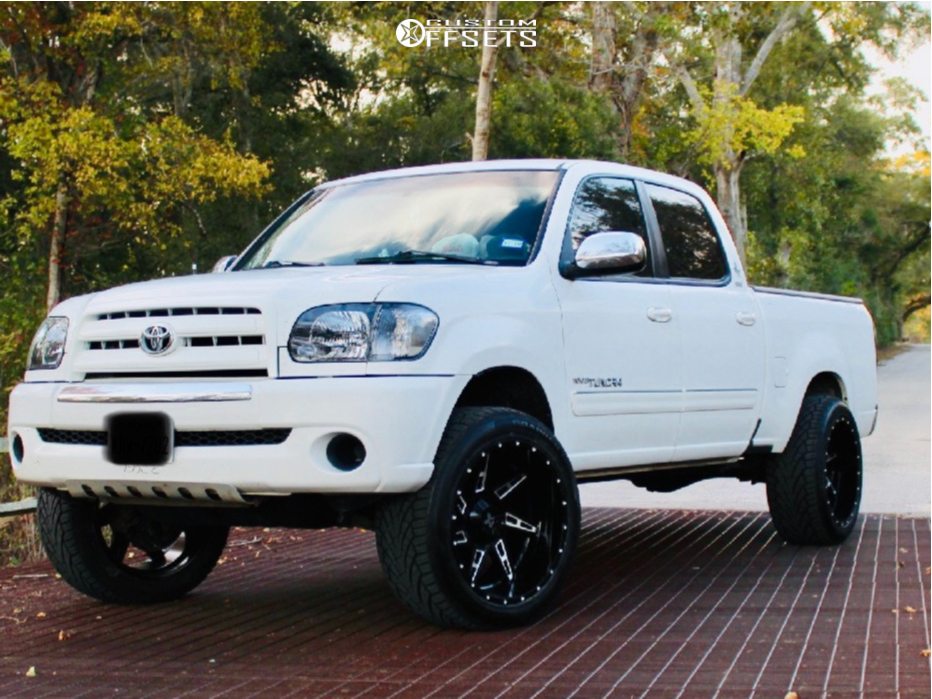