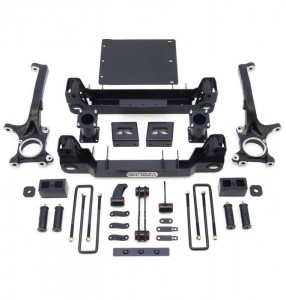 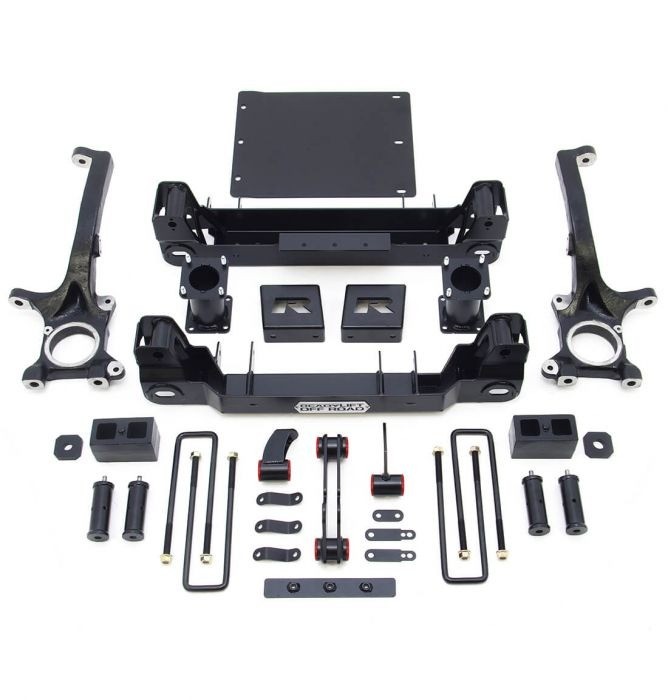 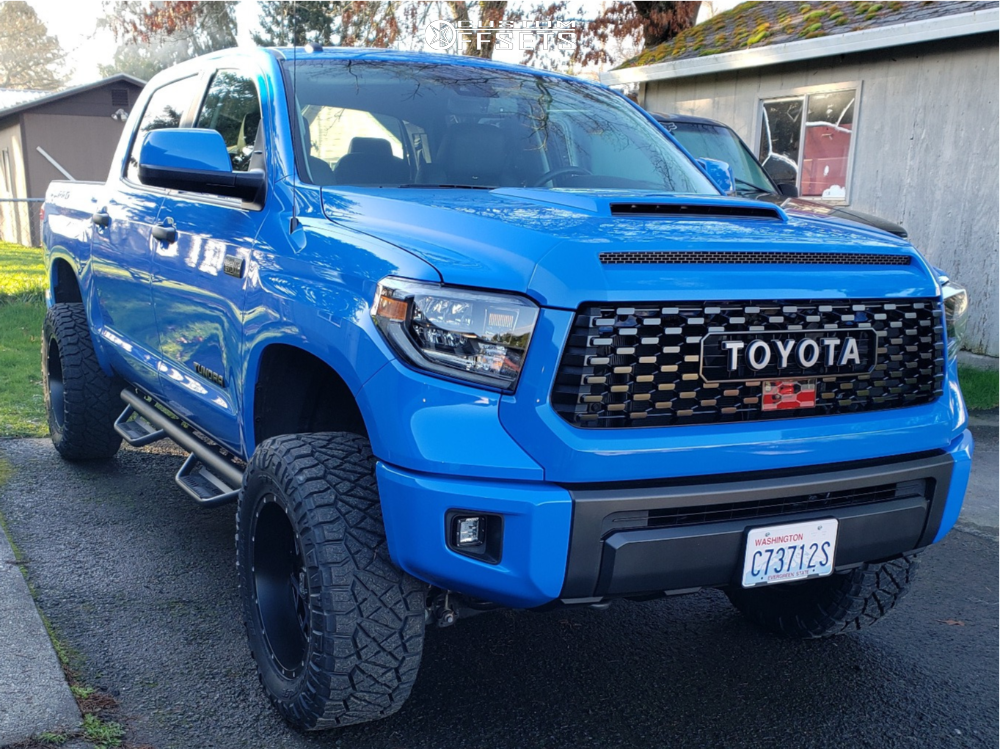 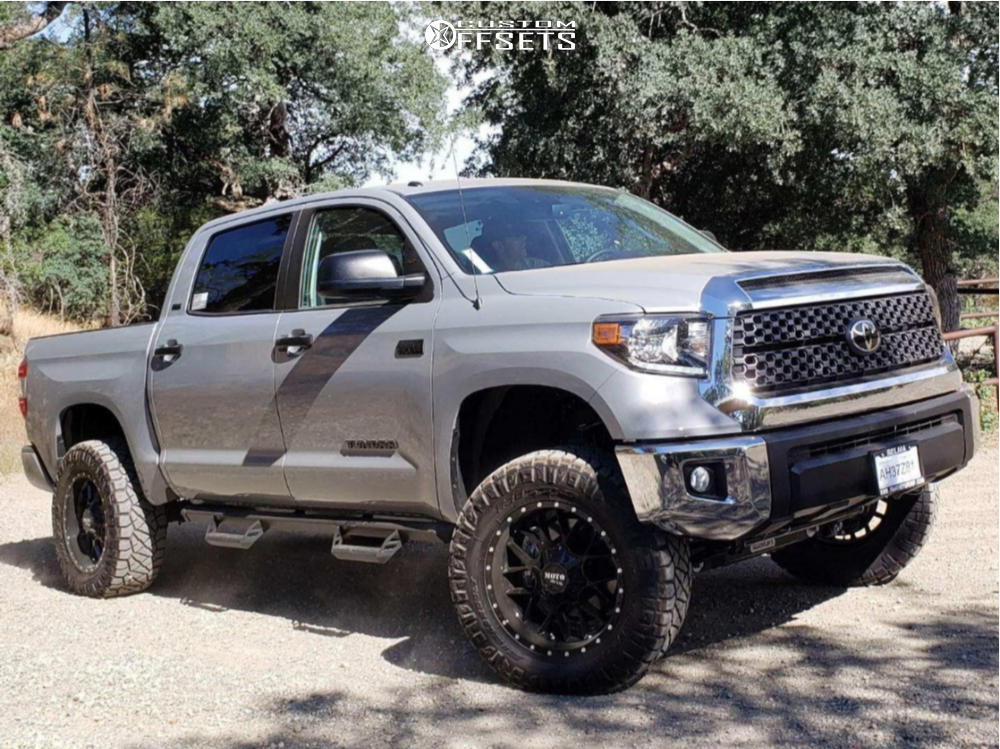 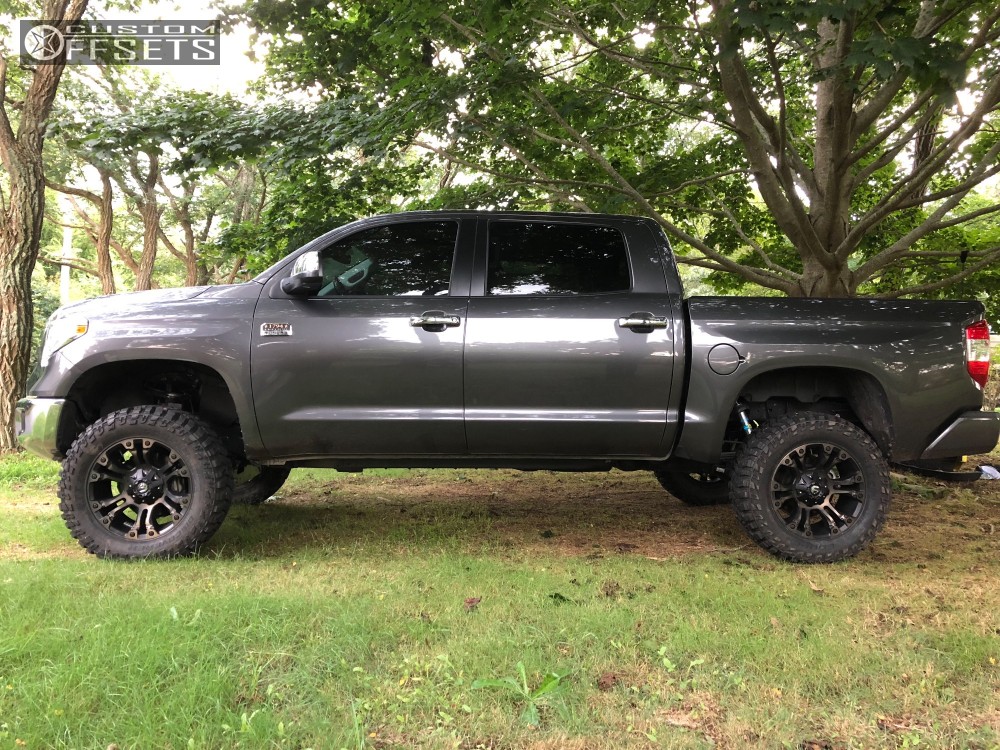 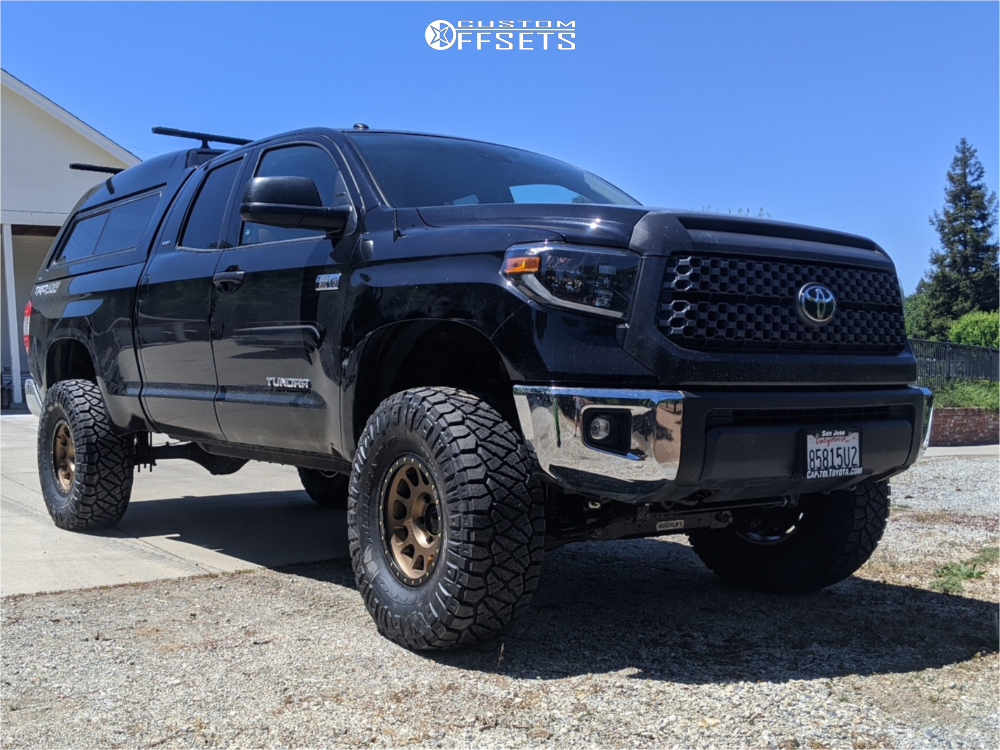 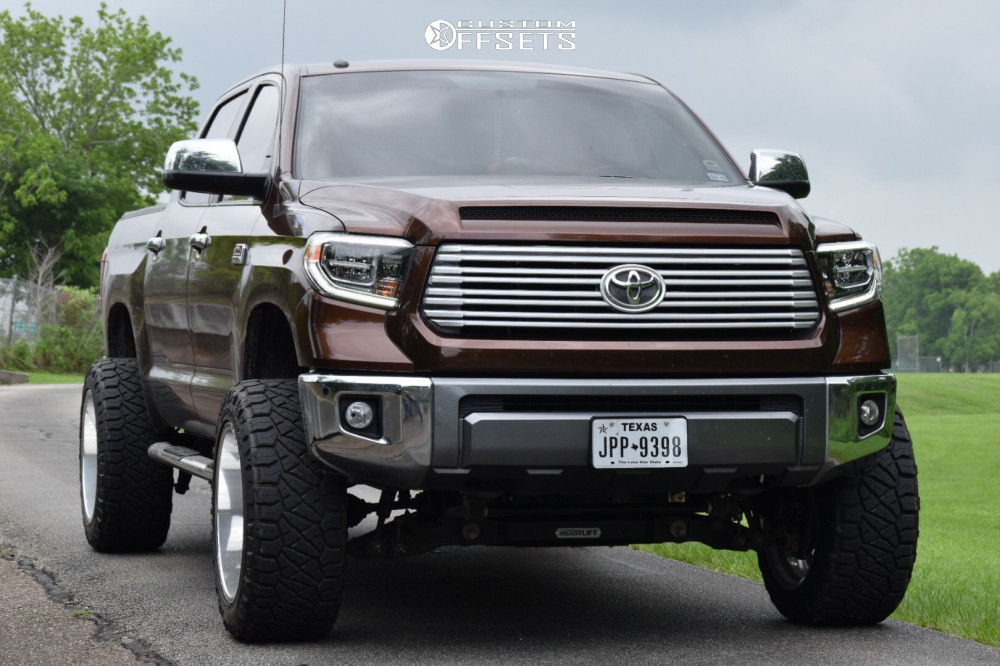 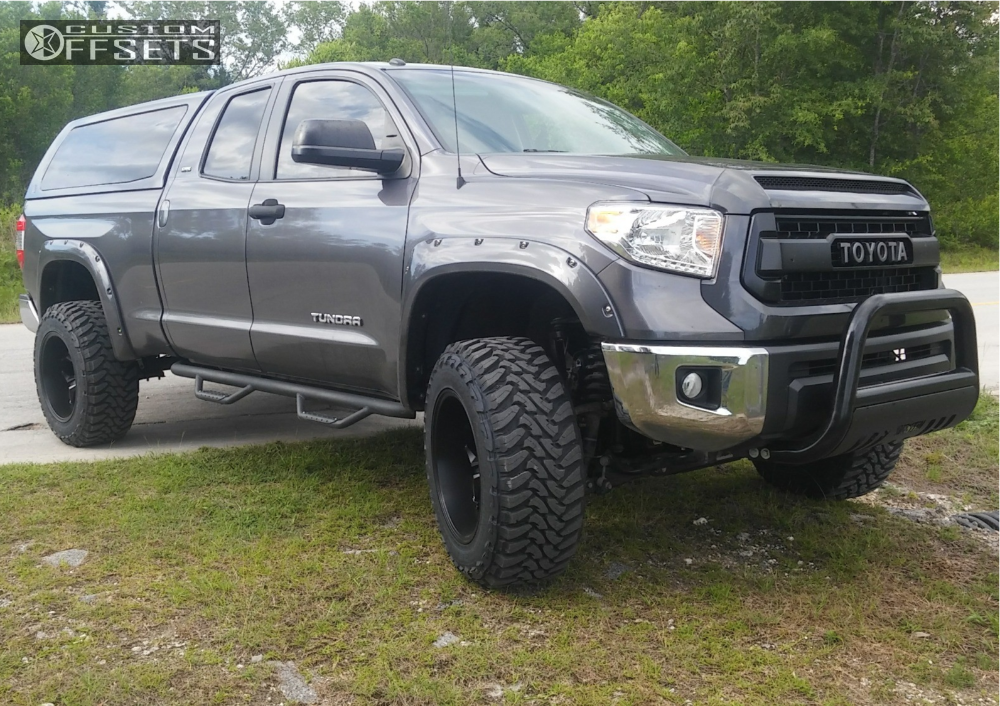 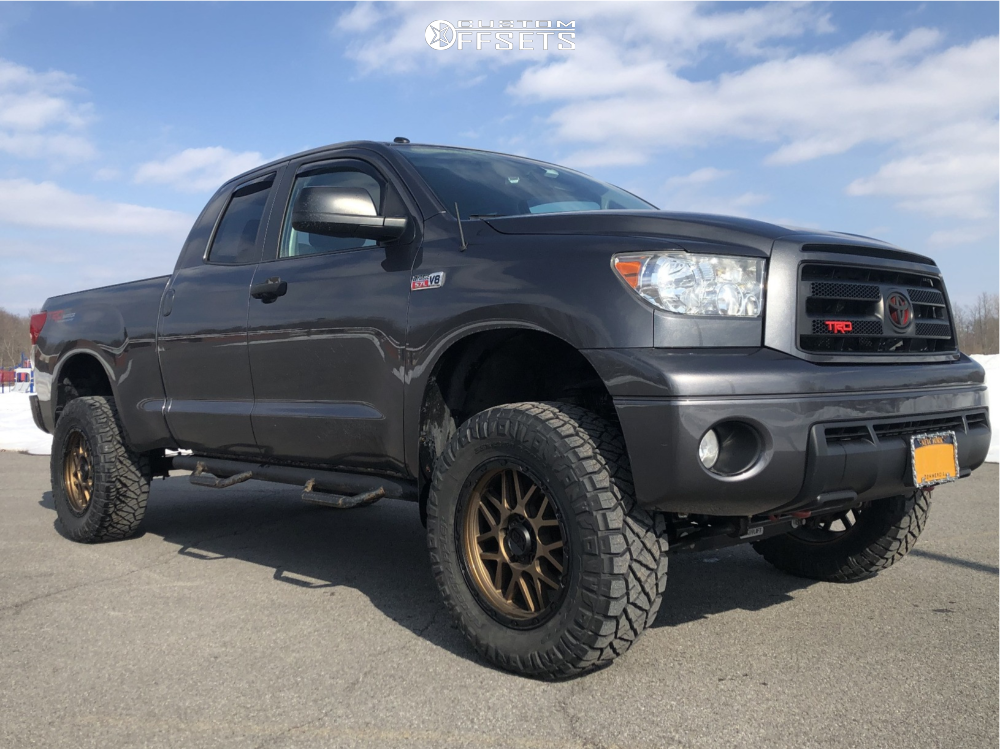 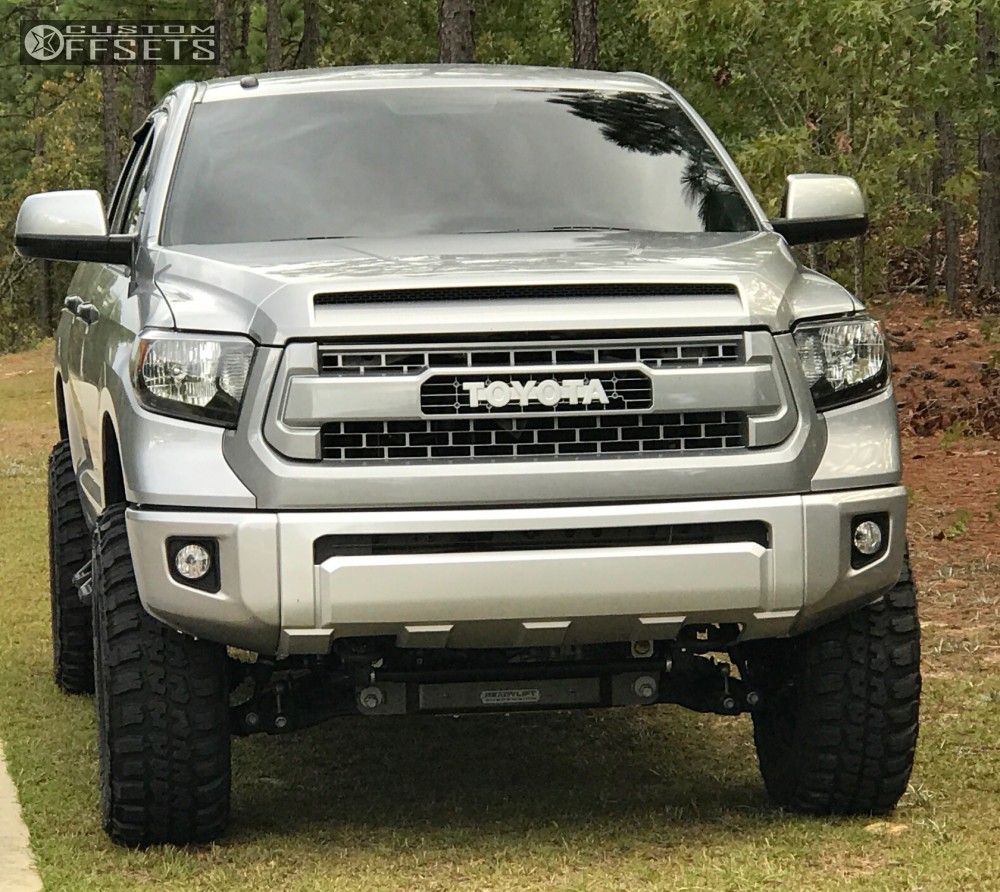 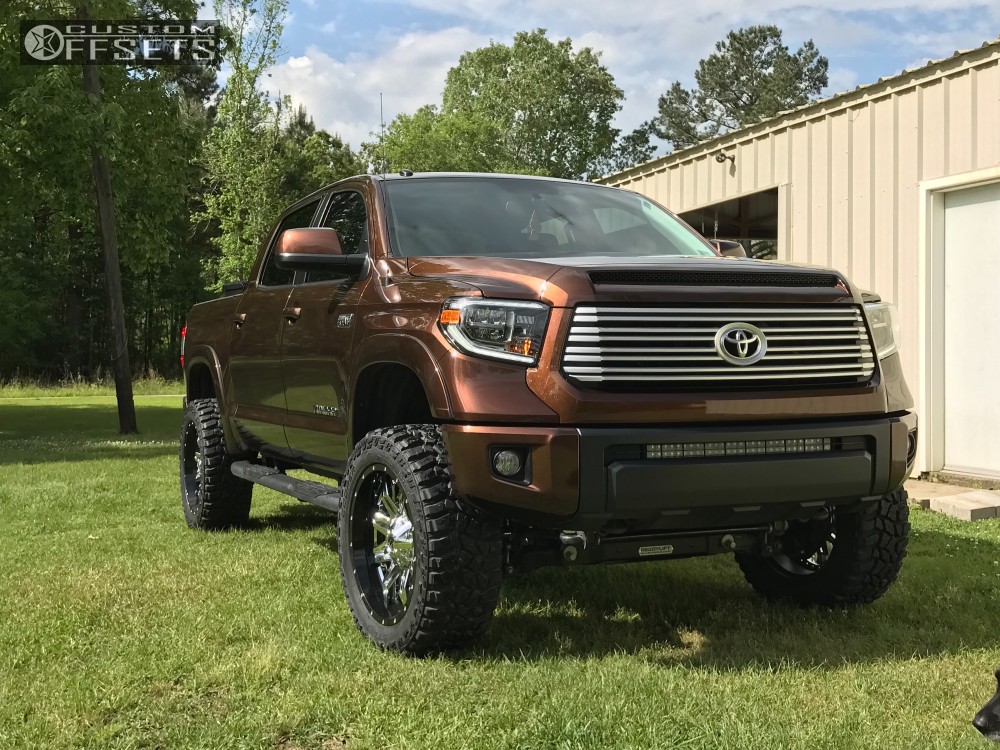 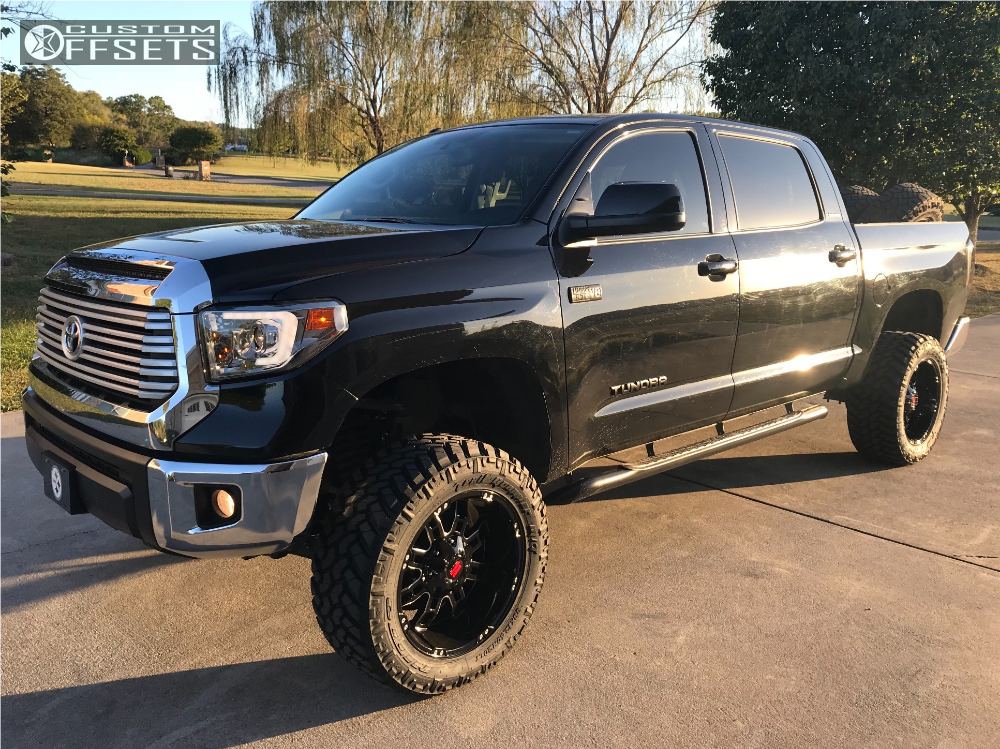 The 44-5675 6'' lift kit for Tundra trucks kit is packed full of great features! Starting with our ultra strong laser cut, CNC bent, welded and boxed sub frame drop assemblies that not only keeps your suspension geometry where it is supposed to be but also increases your ground clearance 2'' over the competition! Our unique and precision designed iron knuckles feature CNC machining to guarantee precise fit while allowing for retention of the factory tie rods (minor trimming required).

The 6'' of lift is created by our innovative and industry-leading offset spacer design. These strong steel spacers attach to the factory strut - resulting in a factory ride - while positioning the suspension in such a way as to not increase track width. What does that mean? It means your front tires won't still out further than your rear tires like with other kits. AND, it means you can run your stock 20'' wheels and use your spare tire if needed.

Our sub assembly design features a truly innovative approach to dropping the differential. Our diff drop kit is engineered for easy installation - easiest on the market - and correctly positions the differential to maintain great CV axle and driveline angles. This kit has been engineered around not just developing and offering a top quality lift solution. We also sought to correct so many of the issues that exist with other Tundra lift kits on the market. With our 44-5675 6" lift kit you can rest assured you will not be wearing out those new tires. Our system is built around maintaining correct alignment and geometry specifications. That is something both you and your installer will love! For the rear, this kit includes our time-tested OEM-style cast iron rear lift blocks and longer U-bolts with hardware. Additionally, we also include bump stop extensions all the way around as well as sway bar frame mount brackets to keep the front sway bar in a factory position. All of this contributes to an excellent driving and handling suspension system that truly compliments your Tundra truck!

How big of a tire can you run? We recommend 35'' as the maximum on a 9'' wheel with a +25 offset for the least chance of rubbing. (Front mud flaps may need to be removed.)