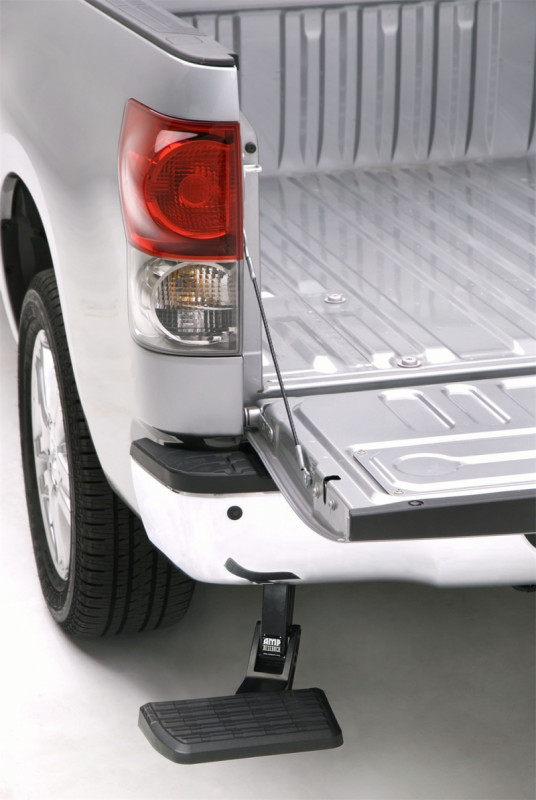 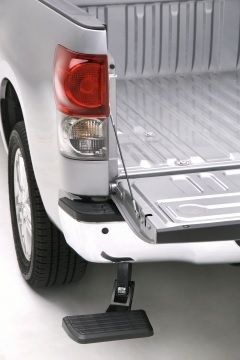 GO AHEAD AND STEP ON IT. BEDSTEP IS A REAL TIME SAVER.
Not to mention knee and back saver. Strong and rugged, this non-slip, retractable bumper step quickly flips down with the nudge of a foot providing a faster, easier and safer way to load or unload your pickup's cargo. Supports up to 300 lbs. Frame mounts under the rear bumper so it works even with an open tailgate or when towing.