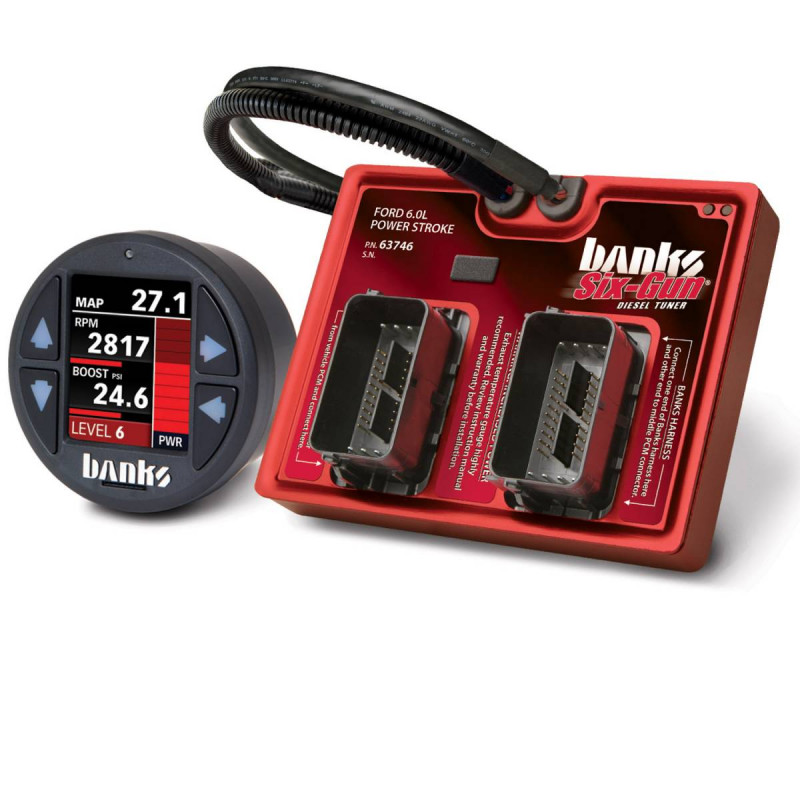 **This part fits a ton of vehicles, so let’s check to see if it fits yours. Don’t see it on the list above? No worries, type your vehicle in the search bar above to see the full list of compatible vehicles.**


About Us
Banks Power is known far and wide as the premier designer and manufacturer of power-enhancing products for diesel- and gas-powered light trucks, motorhomes, and sport-utility vehicles. Since the 1960s, Gale Banks futuristic high-performance engines have broken new ground and set world records. His marine engines propelled racing boats to national and world championships. After decades of racing, Banks Power is still the only company to have set records at Bonneville in both automobile and truck classes.

Shipping
Shipping times vary depending on item and immediate availability. Many performance kits will ship out within 3-5 business days while some select items may take up to 7-10 business days. You will receive the tracking information via email as soon as it is available so you can easily track your package(s) from us, to your door. Keep in mind, some performance components may ship separately and could arrive at different times. All shipping prices are based on the lower 48 states unless specified otherwise. Always inspect your items immediately upon receipt and notify us within 5 business days if there are any concerns, damages, or missing items.

Warranty
Gale Banks Engineering (BANKS) warrants to the original purchaser that any parts purchased from an authorized dealer shall be free from defects in material and workmanship from the date of purchase for the corresponding time period outlined below. Please read these warranty terms and conditions (the Agreement) carefully prior to installing and/or using any BANKS Product (the Product). By installing and/or using the Product you agree to be bound by the following terms and conditions.